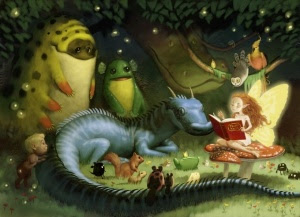 This post from Radio-Info.com should give pause — but it won’t — to those rabid musical directors at our “public” radio stations chasing after the fabled youth market with their programming of Triple-A tripe. In it, we learn of “The American Youth Study; Radio’s Future II,” a look along with Edison Research at where the kids really are going, not where the mindless mass of suits thinks they’re going. Among the findings of the study, which looks at “the 12-24 listeners as well as the 22-34 year olds (following up on the same group from the 2000 study)” is this astounding fact: “[T]ime spent with over-the-air radio is down from 2 hours and 43 minutes (reported in Edison’s year-2000 study) to 1 hour and 24 minutes.” A second significant finding: “[A] majority of listeners want a personality along with the music.”
Jeez, kinda makes you wonder what’s going to happen to all the glorious plans of those feckless leaders who sought to woo the young’uns while simultaneously throwing the fogeys under the bus. (Recall, if you will, that the average age of the listener to public radio is 54, with 90% of them over 35.) Yet the bean counters slaver over the latest listings from the Purple People Meter of Arbitron, laying out the big bucks to be tallied alongside their commercial counterparts worshipping at the totem of Triple A.
Additional information is posted here at the Edison website, including this gem: “Alternative Rock stations were selected by half as many listeners in 2010 as in 2000.”
Once upon a time, in a land far away, public radio was concerned with airing music not heard on a thousand other stations. KUT GM Stewart Vanderwilt once piously pronounced:

KUT is . . . a community for music lovers. From adult rock to folk, from blues to world music, KUT seeks out music that isn’t promoted, packaged, or hyped. Music you wouldn’t find without us. . . . KUT is a community of people like you — principled and independent, curious and intelligent. People who cherish their rights as individuals to think, speak and act for themselves. Citizens who get involved when they know that they can make a difference.

That went away when the grand visions of empire building — which included a tripling of the budget to countenance multiple HD channels, the “best and the brightest” high-dollar executives in the radio world to supplant the old guard, a new building, a massive local news presence (not to mention a PR campaign to convince the public they knew what they were doing) — put a crimp in the old budget. Time to get a new plan, and that meant scrabbling in the dirt with all the commercial vagabonds faced with hard times in the Magic Land of Radio.