There are not one, not two, not three, not four, not five but six news items / concerts notloB finds to be of significance this weekend through Tuesday and beyond and urges you to lend your ears and support:


1.  Saturday and ongoing ~ BARNES NEWBERRY is back on the radio! 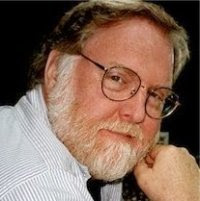 This was received from Barnes earlier today:


Okay folks, looks like it is ON tomorrow at 8 am for the debut of My Back Pages with Barnes Newberry. Please join us online at mvyradio.com to pre-celebrate the 70th birthday of His Bobness! Thanks for all your early good wishes (to us both!) and of course, a big thanks to MVY.

The new program is scheduled at the same time as Barnes' former "Highway 61 Revisited" on "public" radio WUMB.  Without Barnes, the current version being a mere shadow of its former self.
More about WMVY, its broadcast frequency and internet stream athttp://www.mvyradio.com

When Dylan and Joan Baez were still in the audience, it was often Ramblin' Jack onstage. He was the vital link between the Woody Guthrie folk era and The Dylan era. Check out Jack's first appearance on Johnny Cash's TV show: Click here

Ramblin' Jack is the proud recipient of the highly prestigious NATIONAL MEDAL OF THE ARTS awarded to Jack by President Clinton in 1998. He is a two-time GRAMMY WINNER: For Best Traditional Blues Album, 2009 and Best Traditional Folk Album, 1995. He has received three additional Grammy nominations.

Our Opener, Kate Taylor, is a proud member of America's most prominent musical family which includes her brothers, James and Livingston.

A note: This beautiful 19th century church will soon be renovated into a library. So, please join us in our farewell to this beautiful landmark...It is easy to find and minutes away from both the Porter Sq. T and commuter rail stations.

NOTE: TICKETS MAY BE PICKED UP AND DOORS OPEN BEGINNING ONE HOUR BEFORE PERFORMANCE.
Source

The Boston Blues Society presents "Ladies of the Blues",
a fabulous cast of eight guest stars backed up by
Lydia Warren, Diane Gateley and Susan Goldberg.
The Ladies of the Blues are:
Toni Lynn Washington: Nominated for seven Blues Music Awards, including three for best female soul-blues performer, the legendary Ms. Washington received the 1999 Boston Blues Festival lifetime achievement award, among numerous other accolades. Her powerful voice, with its soulful romanticism, is not to be forgotten.
Shirley Lewis: Described as Boston's "Regal Queen of the Blues," singer-songwriter Shirley Lewis has been bowling over audiences since the age of 4 performing blues, Gospel, jazz and soul. With her superb voice, along with a sense of humor, warmth, and grace, the charismatic Ms. Lewis has performed at clubs and festivals all over the U.S and Canada.
Cheryl Aruda: With her smoky voice, the Weymouth-born Aruda, and her own band, Dirty Blonde, has been a premier Boston music scene front-woman for years.
Diane Blue: A soulful, sassy performer, Diane was the winner of the Massachusetts Blues Society's 2010 blues challenge. She delivers the goods vocally - along with her harp playing - putting her own spin on blues, soul, and R&B.
Gracie Curran: Gracie has a silky smooth voice with a thick timbre that recalls women singers from a bygone era of great music. She sounds as vintage as her 1950s-style microphone. She is usually backed by her High Falutin' band, a Boston-based blues band with mucho soul.
Cindy Daley: Just back from the International Blues Competition in Memphis where she was half or the Boston Blues Society's duo entry, Cindy has been singing and playing the blues, and rock, since the 1980s. With a powerful voice reminiscent of Janis Joplin, Cindy has opened for some of the best in the business.
Erin Harpe: Hailed as an authentic blues chanteuse, Erin Harpe has earned a reputation for her raw style and total, selfless and compelling immersion in the music. An accomplished finger-picking guitarist, she is often compared to Memphis Minnie, Rory Block, or early Bonnie Raitt.
Carolyn Waters: A relative newcomer to the stage, her powerful, riveting voice has already gained her a wonderful reputation as a crowd pleaser as she moves effortlessly from folk, gospel, jazz, to the good old fashioned foot stomping blues.
Lisa Marie: Captivating audiences for years, Lisa Marie is a versatile singer-songwriter with loyal fans running the age gamut of 21 to 71. This powerhouse, winner of the 2008 Outstanding Female Singer award from The Blues Audience, belts out everything from roots, blues, rockabilly, jazz, swing and funk, with an incredible vocal sound. And she’s not too shabby on harp, either.


Guitarist and vocalist Lydia Warren tours internationally from Brooklyn to Beirut, whipping audiences into a frenzy at each stop.

5.  Monday ~ Si Kahn and Geoff Bartley.  Due to the small space of the venue we'll leave you on your own to do some research, hint, start at the venue where Geoff hangs every Monday and Tuesday.
6.  Tuesday ~ Spider John Koerner at Johnny D's.

Well known to New England audiences as either a solo artist or part of the immortal, Koerner, Ray and Glover, Spider John Koerner continues to exemplify the classic folk-blues singer guitarist. Dropping out of the Univ. of Minn. nearly 40 years ago to pursue a life in music and coming of age in the Dylan era of "the green pastures of Harvard University" Koerner forged an indelible mark on both the Cambridge folk scene as well as the world stage. For five years Koerner, Ray and Glover made LP's that are still revered as the genres finest. In the decades that followed Spider John has carried on the folk blues in the truest tradition, issuing releases that will surely stand the test of all time. Johnny D's is honored to present the classic artistry of Spider John Koerner.

Posted by Jeff Boudreau at 2:27 PM

There appear to be some problems with continuing Barnes' new program. WMVY is returning pledged donations. Speculation is either technical issues or implied legal action are at the root.

"Thank you for your willingness to make a pledge in support of Barnes Newberry’s “My Back Pages” show. We did receive a very warm response to the debut show. Unfortunately, in our haste to get Barnes on the air as soon as possible, we have discovered that we have not crossed all our T’s and dotted all our i’s.

While we are still in the process of working out certain logistics and technical issues related to the Program, it isn’t appropriate for us to accept your pledge. We are not 100% prepared to ensure the program’s weekly delivery. Therefore, we are returning your pledge to you.

We appreciate your interest in supporting “My Back Pages” and WMVY, and want you to know that we are committed to developing and maintaining programming that continues to inspire your interest.

"There is another possibility that appeared in my mind, and this is PURELY conjecture on my part. I wonder if the manager of Barnes' former station, that is continuing his old show with the name he gave it but a different host, may have threatened legal action against MVY and/or Barnes for airing a competing similar show in the same time slot. I do not know on exactly what grounds she could do that, but I would not put it past her. Again, this is PURELY speculation that just popped into my head, with no basis in anything that I've seen or heard."

Whatever the cause, WMVY owes the listening public an explanation.