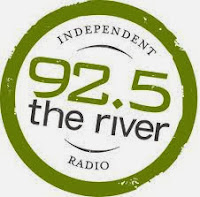 In its neverending quest to emulate fellow triple A format radio stations WXRV and WZLX, NPR affiliate, taxpayer-supported and student-excluding* UMass-Boston-licensed WUMB has announced via its Facebook page that it has hired Lisa Garvy, the latest in a long line of Boston-area triple A radio professionals. 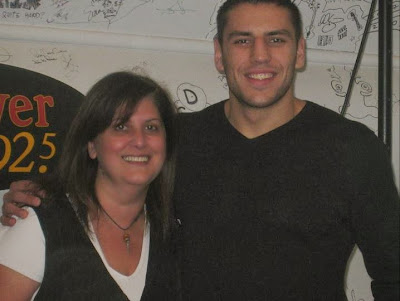 We're very happy to announce the addition of A-Train with Lisa Garvey starting Sunday, January 12th at 8am! She'll be featuring music from John Coltrane, Miles Davis and Etta James all the way up to current artists like Amos Lee and more!

Lisa is late of Triple A WXRV ("The River"), and, according to her Facebook page, a UMass Amherst alumna.


Radio host Lisa Garvey is out at WXRV The River
Lisa Garvey, a popular afternoon and weekend radio host on Haverhill’s WXRV, 92.5 FM The River, has been let go. WXRV management declined to discuss the circumstances of Garvey’s departure when they were reached by phone Monday, but in a brief telephone interview Garvey confirmed: “I did not leave by choice.”
A 20-year veteran of the Boston radio market, Garvey was most popular for her Sunday midday show, “Brunch by the River,” which featured selections from her personal music collection, ranging from jazz and blues to ’70s soul.
Garvey also confirmed Internet buzz that she’d been yanked off the air Friday before her show was even over.
“I had just played a tribute to Brad Delp of the band Boston on the [five-year] anniversary of his death,” Garvey said. “It was uplifting. So I guess that gave me some small comfort in what happened next.”
Garvey -- who spent part of Sunday thanking fans on a Facebook page for their words of encouragement -- said she hopes either to land another radio hosting gig in the Boston area or to syndicate “Brunch by the River” on the Internet.
In an interview Monday, WXRV General Manager Donald St. Sauveur declined to discuss Garvey’s departure from the station. Asked to confirm that Garvey was pulled off the air and dismissed last week mid-show, St. Sauveur wouldn’t comment. “I can’t address that,” he said.
St. Sauveur would say that Garvey has been replaced.
“We believed we needed to go a different direction. We have replaced her with a longtime personality in the marketplace, from WBOS, Carolyn Morrell. ... We’ve been really impressed with her.”
St. Sauveur said Morrell has been a part-time host on the station since last July, filling in on holidays, hosting a Sunday show, and filling in for the now-retired Bob Stuart during afternoon drivetime, St. Sauveur said. JAMES H. BURNETT III
Source - http://www.boston.com/2012/03/12/theriver/HqUZ6KzF3QKs5bFEd4Vt7K/story.html#sthash.BuYFP5pn.dpuf

This personnel change is in keeping with UMass Boston's policy of excluding students from broadcast operations, instead employing a staff of paid triple A format professionals....


"When asked about UMass Boston-licensed WUMB's policy to exclude UMass students from production and DJ positions and instead operate it as a NPR affiliate with paid professional state employees, Vice-Chancellor of Enrollment Management Kathleen Teehan, to whom WUMB management reports to, stated "We see it as a marketing vehicle for the university, an asset, because it’s prestigious for a university to own a public radio station. It brings the university to the attention of the audience.”"

-From “WUMB: A brief history and comparison to its sister radio stations” by Daniel Richardson and Lea Aliberti, The MassMedia, 9/1/13.

The programming change is consistent with WUMB being a me-too triple A station.

Kendra Downey: "I will miss Acoustic Sunrise…the format of WUMB no longer is unique or pleasing to my ears."
January 3 at 5:52pm

Barry Wilensky: You lost me and my wife during the weekdays with the change of format. Now you're trying to get rid of us on the weekends, as well!. Our better than 25 years of contributing to WUMB are long over. How long until you dump Dave and Gail--the last remnants of when your station was worth listening to.
January 3 at 7:08pm

Sarah Garrett-Regnier: WICN already does this. Don't listen to WUMB for this genre ...not sure what your identity is anymore
January 3 at 9:26pm via mobile

Linda Stapleton Olsson: This is very sad news for us. Sunday morning is the perfect time to “rest beneath the strength of strings”. Horns don’t make it. What happened to the pride of carrying on the folk tradition for 30 years? Now you are letting it disappear. I suspect some contributing members will also be disappearing. Accoustic Sunrise gave us music we can’t get anywhere else, not even on WUMB.
January 4 at 11:15am


Oops, can WUMB management made yet another bad decision?
Posted by Jeff Boudreau at 12:59 PM