Tuesday, April 24, 2018, 7:30pm
Common House, 25 Half Moon Hill, Acton, Massachusetts 01720
Tickets:  $15 in advance through eventbrite.com and, if not sold out, $20 cash at the door.DINNER AND A SHOW - Ticket holders get 15% off dinner at Not Your Average Joe's (305 Main Street), just show your server your eventbrite ticket.
Artist’s website: http://www.cantrip-music.com/
notloB website: http://notlobmusic.com/
notloB Facebook: https://www.facebook.com/notloBParlourConcerts/ 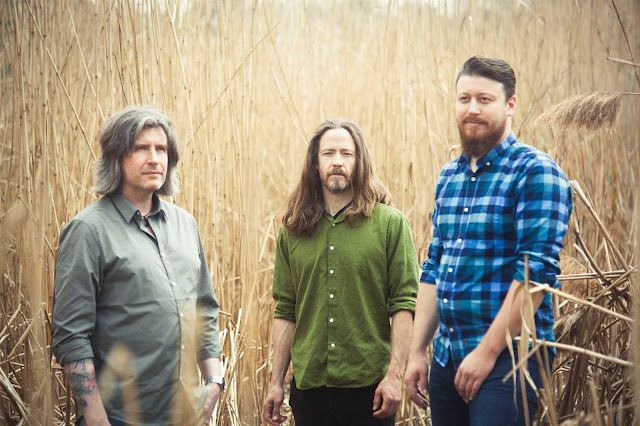 "Their music comes from wild landscapes and wild places of the spirit." -- The Orcadian

The name is an Old Scots word meaning a charm, magic spell or piece of mischief and it aptly describes the unexpected twists and turns in their musical arrangements, likewise the compelling potency of their musicianship. Originally formed as a quartet, Cantrip sprung from a local session in Edinburgh nearly twenty years ago. Their driving music immediately caught the attention of the masses, and they were quickly signed to the Foot Stompin' label. With their first album "Silver" (2001) in hand, Cantrip made its way across the water to the United States, where they were received with roars and shouts (of enjoyment). After years of significant touring, the band parted ways with Foot Stompin' and began producing albums on their own. Two albums later ("Boneshaker" in 2005 and "Piping the Fish" in 2008), Cantrip had cemented itself as a perennial figure. After a period of hiatus in which children were born and continents were left for new ones, Cantrip redefined its sound. Trimming itself to a trio, the band tightened its arrangements while expanding its influence. New inspirations began creeping into the sound, complementing the traditional foundation of the band. This more mature sound debuted on their recent release "The Crossing" (2016) and has been catching the ear of listeners and concert goers all over again. Now, in recognition of 20 years of performing the band is returning to its roots and revisiting Silver, with a live re-release slated for Autumn 2018 that looks to be as exciting and full of energy as ever. 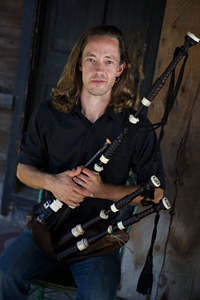 Dan was born in Ghana, but was transported to Scotland shortly thereafter, where he was surrounded by the indigenous music. He began his career with the whistle at age seven and started playing bagpipes in the early nineties, proceeding to win the Scottish Lowland and Border Pipers' Society Open Borderpipes and New Composition events (multiple times), as well as the Maitre de Cornemuse at St. Chartier. Over the years he increased his versatility as a multi-instrumentalist, becoming an accomplished player on the flute, bouzouki and DADGAD guitar. In 2010, with the help of many friends (including Jon Bews), Dan released his first solo recording entitled "The Long March Home". He is an instructor at the Vermont Institute of Celtic Arts, and in addition to Cantrip can be heard as a member of Parcel of Rogues, Prydien and Salsa Celtica. Outside of music Dan holds a BSc Hons I degree in Applied Mathematics and Geophysics from the University of Otago and an MLitt degree in Gaelic Literature and Language from the University of Edinburgh. 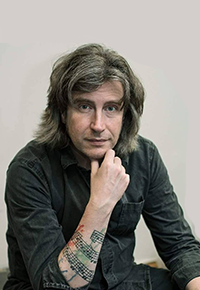 A veteran of the fiddle, having started at age four, Jon came to Scots music from a classical education by way of Goth rock. But it didn't take long for him to entrench himself in the world and carve a name for himself as a fiddler. A prizewinning graduate of the Royal Conservatoire of Scotland in 1994, he has performed and recorded with such diverse artists as Malinky, James Yorkston, Mikel Urdangarin, Ranarim, Deaf Mutes and Samling. In addition to Cantrip, he currently plays with Edinburgh based bands Urvanovic, OBT and League of Regrettable Superheroes. Jon is also widely recognised as a composer and arranger. His string arrangements have been sought out by Ewan MacPherson and Fribo and his tunes have won high acclaim across the board. Jon moved to the Scottish Borders in 2003 where he spent two years as Traditional and World Music Development Worker for Scottish Borders Council. He stayed there because the view is nice and only moved back to Edinburgh because the shops are open later.
ERIC MCDONALD (guitar, mandolin, bouzouki, vocals) 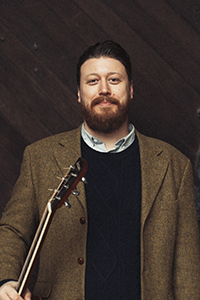 As a US native, Eric found his way to traditional music through the rich local music scene in his hometown Boston. Nearly a decade after studying at Berklee College of Music under world renowned musicians such as guitarist/mandolinist John McGann and cellist Eugene Friesene, he is now established as one of the USA's premier accompanists in many styles. Eric cut his teeth playing for contra dances in New England, and can still often be seen from the dance floor. Nowadays he is an active session player, regularly recording and traveling with musicians of many stripes. Touring credits include The Outside Track, Chris Norman Ensemble, Andrea Beaton, Wendy MacIsaac and Katie McNally. In addition to Cantrip, he can currently be seen touring with traditional Irish music trio Daymark, Scottish fiddle champion Ryan McKasson and award winning singer/songwriter Connor Garvey. In addition to guitar accompaniment, Eric's debut solo album "Rove" features his unique style and approach to tunes on the mandolin, as well as carefully crafted deliveries of traditional ballads on voice and guitar.

Posted by Jeff Boudreau at 4:41 PM