The Brittany Haas, Natalie Haas, Lily Henley and Kellen Zakula w/ Rene del Fierro concert sold out!
The Fellswater concert sold out!
Get your reservations in as soon as possible, these upcoming concerts will
sell out!

1.       THANK YOU FOR SUPPORTING LIVE MUSIC!
notloB Parlour Concerts is unique in the greater Boston area in terms of the model (admission is by suggested donation, all proceeds, less production costs, go to the artists). The series would not be possible without the support of our loyal patrons and volunteers. Join us and bring a friend or two or three to an upcoming concert! 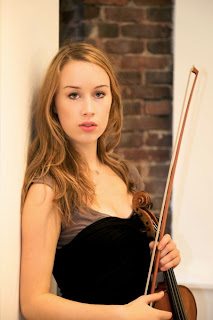 Bronwyn Keith-Hynes is an award-winning fiddler from Charlottesville, Virginia. She began fiddling at the age of three and has studied with many wonderful musicians on the folk music scene including Beth Telford, Jerry Holland, Cleek Schrey, Matt Glaser, John McGann and Darol Anger. Bronwyn is a fluent player of Irish, Cape Breton, Scottish and American traditional music. She has performed throughout the U.S, Ireland and France and has traveled to Ireland extensively to study with local traditional musicians. She has been featured on Irish RTE One television and the Irish Comhaltas Live Programme. At the age of sixteen she was awarded a scholarship to attend Berklee College of Music in Boston and in December 2012 graduated with a professional diploma in violin performance.
Bronwyn has won numerous fiddle contests in Irish and Scottish fiddle styles. In 2006 at the age of fourteen, Bronwyn placed third in the Open Division of the U.S. National Scottish Fiddle Championship. She holds the 2007 Virginia State Fiddle Champion title and has also won at the 2008 and 2009 Mid-West Fleadh Cheoil fiddle competition.
Bronwyn performs frequently at Berklee and around the Boston area. She performed with Mark O'Connor at the Berklee Performance Center in 2009 and was featured in the Fall 2010 String Showcase held at the Berklee Performance Center. She is part of the group Atlantic Seaways, which is a collaboration of young traditional American and Scottish musicians from Berklee, Royal Scottish Academy of Music and Dance in Glasgow and Strathclyde University in Glasgow. In 2011 they performed in Lorient, France at the Inter-Celtic Festival. In March 2012 she went on tour in France with the international Irish music and dance show Celtic Dances, run by music directors Liz Knowles and Kieran O'Hare. In addition to being a highly accomplished performer, Bronwyn is also a skilled group and private teacher. She taught at the 2010 Kanack School Fiddle Camp and currently teaches privately in Boston.

Catherine Bowness - In her hometown, Koitiata, New Zealand, Catherine (BB) began her musical studies with banjo tutor, Mark Warren. A few years later she received the Frank Winter memorial award at the Auckland Folk Festival to travel to the USA and study with world renowned banjo players Tony Trischka, Alan Munde and Bill Evans. She won the Uncle Dave Macon banjo competition in Murfreesboro, Tennessee at just 15 years old and was runner up in the Rockygrass bluegrass banjo contest in Colorado. In 2007, she was invited to join Colorado bluegrass band Long Road Home, for their tour of summer festivals in the USA. BB has performed throughout New Zealand and Australia with the bluegrass band Twisted Oak, in a banjo duet with tenor banjoist Alex Borwick and most recently with Cy Winstanley and Vanessa McGowan in their country/bluegrass trio, ‘Sandpaper Tango.’ In 2010, she recorded her debut album Village Green, which features original compositions and collaborations with some of the best acoustic musicians from all around NZ. BB travelled on a Massey University scholarship in 2011 to study at the Miles Davis program in Jazz studies at the University of North Carolina at Greensboro. This year, BB has completed her BMus in Jazz performance at the NZ school of music, being the first person to be accepted on the banjo.

George Clements is a guitarist and singer/songwriter from central Massachusetts. His musical influences include folk, bluegrass, Celtic, classical and jazz. He is currently a student at Berklee College of Music and is an active player in the Roots Music program.

*WORKSHOPS - Prior to the concert, from 6:45 to 7:45pm (you can arrive at 6:30), Bronwyn will teach an Irish fiddle workshop; Catherine will teach a bluegrass banjo workshop; and George will teach a guitar accompaniment workshop. For all, class size is minimum of 4 and maximum of 20. Each workshop will be in a closed, private room. $10/person, payable directly to the artists. Reservation and pre-payment is required, email notlobreservations@gmail.com.

As always, coffee will come from JP Licks and pastries from Fiores Bakery. Assorted teas will also be available.

3.                  UPCOMING NOTLOB CONCERTS
April 19 – Dakota Dave Hull, ragtime and country blues from Minnesota. Workshop and separate admission concert @ LGH. Details available on the notloB website.
April 30 – The Andy Statman Trio, Klezmer music from Brooklyn! @ a private home. Details will be announced soon in a separate mailing.
Be sure to bookmark https://sites.google.com/site/notlobmusic/
and like https://www.facebook.com/notloBFolkConcerts/

4.                  LORD GEOFFREY PRESENTS
Lord Geoffrey is a scurrilous card-carrying member of the Boston-area folk scene whose mission in life is to re-kindle the great folk scare by presenting in unique rented spaces (galleries, historic homes, church sanctuaries, clubs...) vintage musicians of that era as well as up-and-coming young whippersnappers! 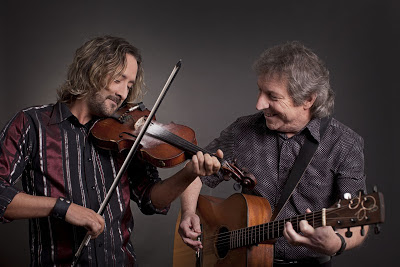 Direct from Prince Edward Island, the acclaimed duo Richard Wood & Gordon Belsher (notlob 10/10/12) will light the room on fire with their high-energy, high-quality music. Fiddler Wood and guitarist/vocalist Belsher are accomplished performers who routinely electrify concert halls up and down the east coast of US & Canada.
RICHARD WOOD - http://www.rwood.ca/
GORDON BELSHER - http://www.guernseycove.ca/
$12 general admission. Reserved seating and dinner packages are available.
http://www.johnnyds.com/advance-tickets/
All ages...Under 21 requests can be directed to carla@johnnyds.com.

Upcoming Lord Geoffrey concerts:
Late April or early May - John Mailander and Molly Tuttle @ TBD. Details will be announced soon in a separate mailing.
Be sure to bookmark https://sites.google.com/site/lordgeoffreypresents/
and like https://www.facebook.com/LGPresents/

5.      OTHER LIVE MUSIC AND EVENT RECOMMENDATIONS

Karan Casey and John Doyle, March 6, 7:30pm, Davis Square Theater, Somerville. Charter members of the legendary group Solas, these artists have become two of the more outstanding Irish music performers of the past decade or more. Casey has released five well-received solo albums and, among other collaborations, has appeared in “A Christmas Celtic Sojourn.” So too has Doyle, who has cultivated a multifaceted career as guitarist, vocalist, producer and, lately, songwriter. Casey and Doyle joined forces two years ago to make the acclaimed album “Exile’s Return.”

Opening for Casey and Doyle will be Scottish-born harpist and Lord Geoffrey alumna Maeve Gilchrist, who brings jazz and world music influences to her repertoire of mainly traditional songs and tunes.

notloBBers Matt and Shannon Heaton, March 16 and 17, The Beehive, Boston: Equally admired for expressive singing as well as instrumental prowess, this Boston-based flute-guitar husband-wife duo have put their inimitable stamp on Irish music, interpolating their own compositions and perspectives into the Irish tradition they revere and represent with a passion.
More info at http://beehiveboston.com/

Revels Spring Sing!   A Family Celebration of the Vernal Equinox, Saturday, March 23, 3-5pm (doors at 2:30) at St. John's Church, 80 Mt. Auburn Street, Watertown, MA . Tickets: $20 adults; $5 children 11 and under. Celebrate the arrival of spring amidst forsythia blossoms and sprigs of green at this joyful family event featuring lots of community singing, refreshments, and entertainment by children from our Spring Workshop. Revels music director George Emlen hosts the celebration, featuring soloists David Coffin, Jamie Jaffe and Jennie O'Brien and a great folk band. We're whisking winter away and so can you! For tickets call Jennifer at 617-972-8300 ext. 31 or order them online.
More info at http://revels.org/calendar/spring-sing/

5. VOLUNTEERING.  notloB is volunteer-powered. If you are interested, please read the volunteer policy and apply via email to notlobreservations@gmail.com

Reservations/information.  Sending a reservation request is appreciated and is insurance against being turned away at the door, if the concert sells out. It also helps as we can contact you when the occasional concert must be postponed or cancelled due to severe weather or other circumstances. Please send an email to notlobreservations@gmail.com at least 24 hours prior to the concert. Information about the concert series, the venues and the artists can be found at the website.

Keeping in touch.  There are several ways to stay informed of scheduled events:
Admission to notloB Parlour Concerts is by suggested minimum donation. If you cannot support the artists with dollars, please consider volunteering your time and energy. Your donations cover venue rental, publicity and other production expenses, 100% of the balance goes to the artists (many of whom travel many miles).  Sometimes there are shortfalls, so extra donations are gladly accepted. And please, cash only (no credit cards or checks).

Photography, video recording & sound recording.   No still, video or sound recording is permitted without permission of the artist and the house. If you would like to share photos of past concerts, email the pictures and/or web link to notlobreservations@gmail.com
History. Since June 2, 2007, notloB Parlour Concerts has presented close to 100 old-time, blue/newgrass, folk, Celtic and country blues artists to audiences throughout the greater Boston area. Our venue is the historic Loring-Greenough House (built in 1760, 40+ intimate seats) in Jamaica Plain. The concerts are volunteer-run and not for profit. 100% of the patron donations go to the artists and production expenses.
"The concerts always have a warm atmosphere and are fun to play. From a musician's perspective, I really appreciate the effort Jeff puts into his shows. Nobody on the Boston folk scene works harder to pull a concert together."
~ Alastair Moock

Posted by Jeff Boudreau at 6:20 PM