Greater Boston music patrons embrace all music genres, from classical to experimental and everything in between. Beginning November 1, patrons will have the opportunity to attend presentations of the Eliot Street Coffeehouse at the First Church in Jamaica Plain, Unitarian-Univeralist, located at 6 Eliot Street. The new coffhouse is the result of a merger of First Church’s own “Eliot Street Soirée” series, and Jeff Boudreau’s not-for-profit “notloB Parlour Concerts”, presented since 2006 across the monument at the Loring-Greenough House.
“The space itself is just beautiful and welcoming as well. This is why I’m inspired to have more music performed here as a benefit to the artists, to the church, and to our community.  And more folks coming in to the space means greater awareness of the good work the church does via its food pantry and other social justice activities.”
~ Janna Maria Fröhlich 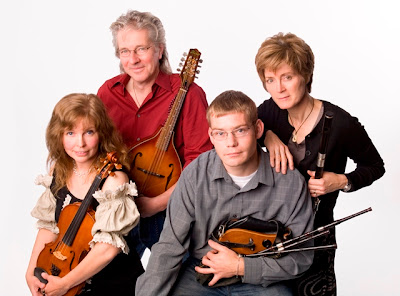 FELLSWATER is Boston's dynamic instrumental Celtic music ensemble, playing a wide range of music from Traditional to modern compositions that draw from the heritage of all the Celtic nations, especially Scotland, Ireland, Brittany and Canada. Fellswater's instrumentation changes depending on the musical selection and includes whistle, flute, guitar, mandolin, bouzouki, violin and smallpipes.
http://www.fellswater.com/
https://www.facebook.com/events/335079686627918/
Fellswater: Thursday Night “In order there is beauty and in this CD proves that Fellswater is both of order and beauty and from the root to the branches one consistent whole with infinite variations. Fellswater manages to combine all superbly.”
Joanne Gagnon, Celtic Beat 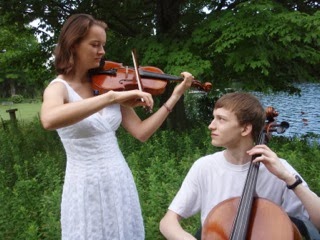 ELIZABETH AND BEN ANDERSON, a brother/sister Scottish fiddle duo, is an up and coming new band in Boston's thriving Celtic music scene. Blending Scottish and Irish tunes with lively rhythms and innovative harmonies, they create a sound rooted in tradition, inspired by the contemporary, and completely original. Elizabeth, a Classically-trained violinist and fiddle student of Hanneke Cassel, is a three-time New England Junior Scottish fiddle champion. She studies at Berklee College of Music. Ben studies cello with Ari Friedman and is also an accomplished fiddle player. He attends Westborough High School. The duo has been well-received at performances at local venues and festivals in their hometown of Westborough, MA and beyond, and they recently released their first recording, a 4-track self-titled EP.
https://www.facebook.com/ElizabethAndBenAnderson

THE BOMBADILS w/ CAT AND THE MOON
Friday, November 22 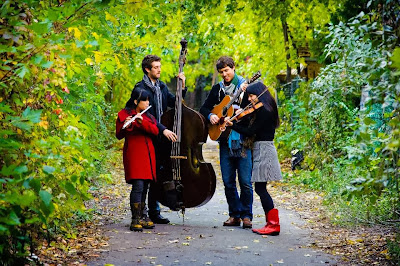 THE BOMBADILS are a ridiculous and kind-hearted bunch of rascals disguised as a four-piece folk band. Originating from Vancouver, Edmonton, and Halifax, they met in 2009 at McGill University's Schulich School of Music in Montréal, where they were pursuing their studies in jazz and classical music. These musical influences carry over into their love of folk music which includes Irish, bluegrass and Canadian and American old time.
http://www.thebombadils.com

JUST ADDED – CAT AND THE MOON!
CAT AND THE MOON is a contemporary Celtic-Bluegrass fusion group that was started in Boston Massachusetts in 2012. They have a wide range of styles including Irish, Bluegrass, originals, jazz fusion, and classical. Cat and the Moon so impressed us at their recent Lord Geoffrey presents they were offered this opening spot on the spot!
http://catandthemoonmusic.com/ 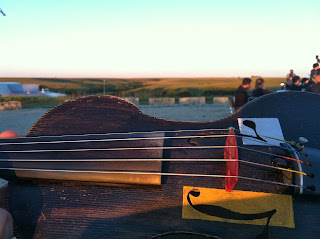 Eliot Street’s third concert of the season promises to be outrageous. Orchestrated by Berklee College of Music professor Darol Anger (David Grisman Quartet, Republic of Strings, the Furies), it will feature not one, not two but THREE string quartets, two comprised of Berklee students and one of Berklee and Berklee-related professionals.
Details will be announced at the Fellswater concert.
Tickets will be available through Brown Paper Tickets. 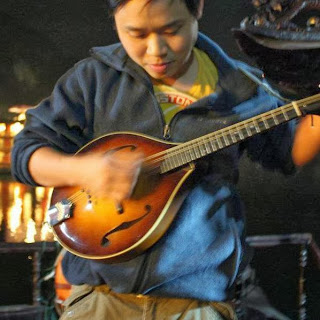 Dan Bui is a mandolinist hailing from Austin, TX and a recent graduate of the Berklee College of Music. He was initially introduced to music through classical piano and violin lessons but it was his discovery of the mandolin in high school that inspired him to delve deeper into music. He came to the Berklee College of Music to expand his knowledge of traditional styles, improvisation, composition, and overall musicianship. In addition to spending a lot of time in Berklee's recording studios, Dan was fortunate enough to study with master musicians John McGann, Joe Walsh, Darol Anger, and Jason Anick. He has also learned just as much from other young musicians in the fertile Boston acoustic music scene.

For this special evening, Dan will be joined by some very talented Boston-area musicians (many of whom are also performing in the Outpost 186 series). They will be performing an eclectic mix of Dan's original music and tunes from the bluegrass and old-time traditions. 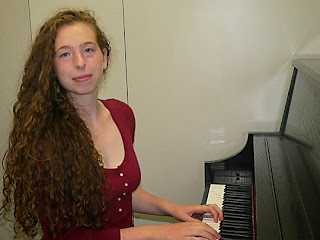 Hailed for her "pure, sweet” singing style and her haunting compositions, Molly Pinto Madigan has performed extensively around the Boston area at venues such as Club Passim, Boston Celtic Music Festival, NEFFA, and the notloB Parlor Concerts. In 2009, she won first place in the Boston Folk Festival Songwriting Contest for her original song "Bound Away,” and she was recently awarded first place in the South Shore Folk Club's Ballad-Singing Competition as well as being named "Artist of the Year" at the Salem State University Music Awards. As a member of the teen bluegrass band Jaded Mandolin and soloist in the Family Folk Chorale, Molly gained recognition for her vocal and songwriting skills, sharing the stage with artists such as Claire Lynch, Scott Alarik, John Carter Cash, and Tracy Grammer.

Since her debut in the Boston folk scene, Molly has submerged herself in the dark, luscious world of ballads, drawn to their magic, and her original songs echo with the whisperings of the American and European traditional music.

TURN YOUR RADIO ON! 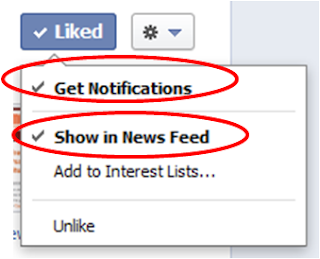 Q: Besides presenting some pretty awesome acoustic music in unique spaces, what do notloB Parlour Concerts, Eliot Street Coffeehouse and Lord Geoffrey Presents have in common?
A: All are represented in Facebook and have “events” which list concert and artist information. This is perhaps the fastest and easiest way to stay in touch. Please take a moment to click on the hyperlinks above and “like” each page. And be sure to turn on notifications and news feed!

Under each page you can find an “events” area; besides “liking” the pages, the next best way you can support the series is in each event click “going”, and sharing with your social media friends.
As a reward for paying attention, the first person who writes a complementary review on the Eliot Street Coffeehouse Facebook page will get one complementary admission to the Fellswater concert. 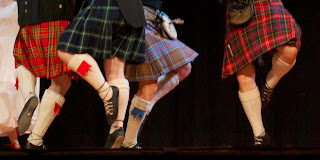 "The Royal Scottish Country Dance Society, Boston Branch, is pleased to present its 20th Annual concert, featuring four wonderful young stars: Emerald Rae (fiddle), Katie McNally (fiddle), and Neil Pearlman (piano and keyboards), and Campbell Webster (pipes). Emerald, at 18, took home the grand prize at the US Scottish Fiddle Championships. She is a gifted song-writer as well as a fiddler, as can be heard on her new CD "If Only I could Fly." Katie is the 2009 New England Scottish Fiddle Champion, with a new CD "Flourish," to her credit. A multi-instrumentalist and dancer, Neil Pearlman is emerging as one of the traditional music scene's most innovative young keyboard artists. Legendary Cape Breton fiddler Jerry Holland said that "watching Neil's hands on the piano is like watching two spiders on crack!" His CDs include “On the Edge” and “Coffee and the Mojo Hat.” Campbell Webster is a piping phenom. His first place finishes at the US Piping Federation made him one of only 10 pipers nationally to participate in the Nichol-Brown Invitational Competition on Columbus Day weekend, 2013.
Also featured are Highland Dance Boston, with their wonderful blend of traditional and original choreography, and the Demonstration dancers of the RSCDS, Boston Branch. for complete information visithttp://rscdsboston.org/Concert2013/concert2013.html (orhttp://rscdsboston.org/events-november-concert.html -- scroll to the bottom for specifics.)
Free parking, handicap accessible. Complimentary refreshments and dancing for all after the evening show. Hope to see you there!"

RSCDS Boston is the Boston Branch of the Royal Scottish Country Dance Society. We hold classes and promote dancing in the Boston area and throughout New England. Visit our website at http://www.rscdsboston.org/ for more information. 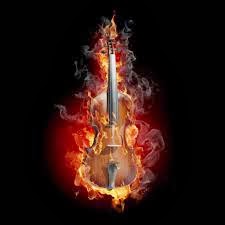 notloB alumnae are in bold (we’re working on the others!).
Fiddle Hell Massachusetts is Nov. 8-10, 2013, in Concord, MA, with a public concert and dance Nov. 9th at 7PM
Hello friends of fiddling!
What: Fiddle Hell is an amazing gathering of fiddlers from near and far to meet, jam, learn and have fun. Come join us for a single day or the whole weekend! Last year, we had 180+ fiddlers at the 8th Fiddle Hell Massachusetts, from 13 states and 3 foreign countries!
There will be lots of different styles represented, by fiddlers with varying experience, including New England, Irish, bluegrass, swing, Cape Breton, Scottish, Southern oldtime, gypsy, French-Canadian, Texas and Western Swing styles.
Fiddle Staff includes more than 20 excellent traditional players who are great teachers: Alan Kaufman, Andy Reiner, Barbara McOwen, Bob Alessio, Clayton March, Dave Reiner, David Kaynor, Ed Pearlman, Ellen Carlson, George Fowler, John Chambers, Julie Metcalf, Laurie Hart, Mark Simos, Matt Glaser, Matt McConeghy, Paul Harty, Pete Anick, Serena Eades, Stacy Phillips, Terri Lukacko, and Tom Morley.
When: Fiddle Hell runs from Friday, Nov 8th at noon to Sunday, Nov 10th at 6PM. You can pre-register online (discounts) or just register at the event itself. There are day rates, weekend rates, and discounts for seniors and kids.
Where: Colonial Inn, 48 Monument Square, Concord, MA, a beautiful country inn a half hour west of Boston. Free parking nearby!
Sessions: We'll have over 100 workshops and guided jams; also informal jams and free giveaways.
Concert: The Fiddle Hell Concert & Contra Dance is Saturday, Nov. 9, 7:00-9:00PM, 9:15-10:45PM at the Concord Scout House. It,s free if you,re at Fiddle Hell on Saturday; walk-ins are $15 for the concert (includes dance) or $8 for just the dance (dance or sit in with the band). Likely concert performers are Dave Reiner, Andy Reiner, David Kaynor, Mark Simos, Julie Metcalf, Alan Kaufman, Ed Pearlman and Matt Glaser.
Levels: Fiddle Hell is not for novices who can't play any tunes yet; it is for beginners (who know at least 6 tunes), advancing beginners, intermediates
and advanced players. Space for non-fiddlers is limited; please contact Dave first.
Lodging: Lots of fiddlers commute locally or stay with friends.  The Colonial Inn has great rooms if you'd like to stay over - ask for the Fiddle Hell discount.
More Info: http://www.reinerfamilyband.com/fiddlehellmassac.html has details on common tunes, schedule, jamming guidelines and more. Join the Fiddle Hell Massachusetts group on Facebook, and the Fiddle Hell Massachusetts 2013 event at https://www.facebook.com/ events/525799444121918/, follow FiddleHell on Twitter, or contact Dave Reiner at dsreiner@rcn.com or 781-863-0140.