"Where's the beef?" is a catchphrase in the United States and Canada. The phrase originated as a slogan for the fast food chain Wendy's. Since then it has become an all-purpose phrase questioning the substance of an idea, event, or product.[1]

The phrase first came to public attention as a U.S. television commercial for the Wendy's chain of hamburger restaurants in 1984. In the ad, titled "Fluffy Bun", actress Clara Peller receives a burger with a massive bun from a fictional competitor which uses the slogan "Home of the Big Bun". The small patty prompts Peller to angrily exclaim, "Where's the beef?" An earlier version, featuring a middle-aged bald man saying, "Thanks, but where's the beef?", failed to make much impact. After the Peller version, the catchphrase was repeated in television shows, films, magazines, and other media outlets.
First airing on January 10, 1984, the original commercial featured three elderly ladies examining an exaggeratedly large hamburger bun topped with a minuscule hamburger patty. The other two ladies poked at it, exchanging bemused comments ("It certainly is a big bun. It's a very big bun. It's a big fluffy bun. It's a very big fluffy bun.") before being interrupted by Peller's outraged, irascible question. Sequels featured Peller yelling at a Fluffy Bun executive on his yacht over the phone and approaching fast food drive-up windows (including one with a golden arch and one with a sign saying "Home of Big Bun") that were slammed down before she could complete the line
Later in 1984, Nashville songwriter and DJ Coyote McCloud wrote and performed a hit song entitled "Where's the Beef?" as a promotion for Wendy's restaurants' famous advertising campaign featuring Clara Peller.[2]
The advertising campaign ended in 1985 after Peller performed in a commercial for Prego pasta sauce, saying that she "finally found" the beef.[3]
There were many "Where's the beef?" promotional items, including bumper stickers, frisbees, clothing patches, and more.
In 2011, Wendy's revived the phrase for its new ad campaign, finally answering its own question with "Here's the beef".[4]
The above is courtesy of Wikipedia - http://en.wikipedia.org/wiki/Where's_the_beef%3F

It is surprising that the "F" word has resurfaced, especially in a program title. 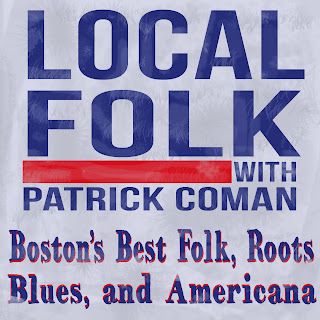 Shows: Local Folk
Saturday 12:00 pm
Contact wumb@umb.edu
After stints in Nashville, TN and Berlin, Germany, Patrick moved to Boston in 2009 and quickly became involved in Boston’s roots and folk music scene. In addition to fronting the Americana ensemble Patrick Coman & The Lo-Fi Angels, Patrick is the founder and organizer of the popular local concert series For the Sake of the Song. Since 2009 the series, which presents local and regional artists performing songs from their greatest influence alongside their own original work, has been featured in the Boston Globe, Boston Herald, Weekly Dig and more.
Patrick has worked as a sound engineer and talent buyer at venues such as Club Passim, Johnny D’s, and the Center for Arts at the Armory. He also runs a booking and public relations firm under the For the Sake of the Song name.
Source: http://wumb.org/programs/announcers.php?AnnouncerID=18

For the Sake of the Song - http://forthesakeofthesong.com/
The Series:
For the Sake of the Song  is a Boston-based concert series that brings together performers to play original material and to pay tribute to the artist who has most inspired their own songwriting.
In addition to the bi-monthly A Tribute To … concert series, the traveling For the Sake of the Song Roadshow features a mixture of handpicked artists from the Boston music community as well as top local performers in each tour stop, giving every performance a fresh intensity. Each show delivers a passionate and loving homage to some of the greatest songwriters of all time and provides audiences with an opportunity to discover current performers and a peak into the songwriting process.
Press Quotes:
“As the founder and chief organizer of For the Sake of the Song, Coman has done the seemingly unthinkable by reinventing cover songs into something fresh and novel.” -Ryan Bray, Weekly Dig
“Patrick Coman knew he was onto something special when the casual, singer-songwriter-themed house concerts he had been hosting from home became bigger than his Allston apartment …”
-Jonathan Perry, Boston Globe (read the full article here) http://patrickcoman.com/wp-content/uploads/2011/06/YoungFolks-BostonGlobe-13May2011.pdf
“[For The Sake of the Song] is another link in the chain of folk music, or rock ‘n’ roll, or whatever else you want to call it.” -CT.com

In his own blog, Mr. Coman promises "...some of Boston (and New England’s) best folk, roots, blues, and Americana..." (there's that pesky "F" word again!) 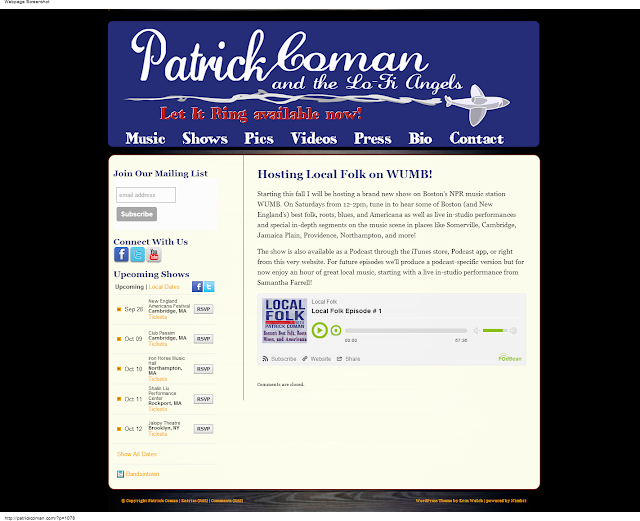 Listen to the first podcast, that of local singer-songwriter Samantha Farrell. 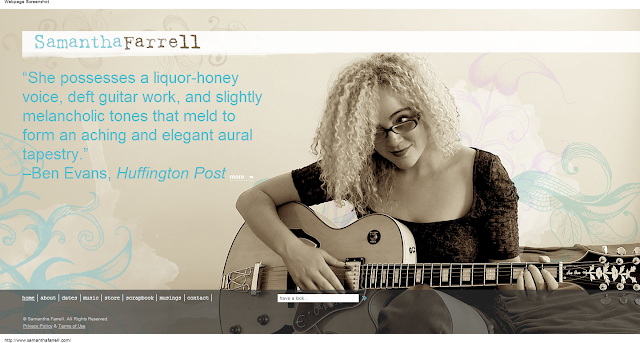 In typical WUMB fashion, Mr. Coman started his new program with a blatant error, "...let's go off and start with a tune from the album..."; in response Ms. Farrell rightfully states "That sounds great. I'm going to play a song called "Lover She Waiting For You." (italics ours). Nice song, if you like jazz, but it and Ms. Farrell, who had her "Softly Swooning World Boston Release Show" at the Regatta Bar on September 18... 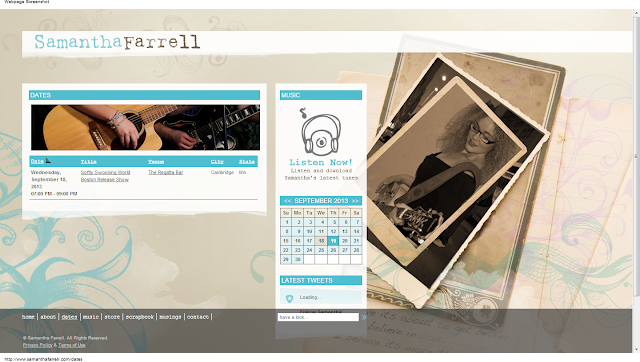 ...certainly are not folk. And a note to Ms. Farrell, if you are going to advertise a gig as a "Boston release show", hold it in Boston. The Regatta Bar is locate in the Charles Hotel in Cambridge.

Like Clara Pella seeking the beef, local folk music fans are scratching their heads, asking "where's the folk?" Good luck with your program, Mr. Coman, but if you are going to call your program "Local Folk", include some folk music. And for the benefit of your listeners, you may wish avail yourself to recording songs (or tunes, as you call them) in WUMB's playlist archives; doing so is a fundamental service provided by DJ's.  This capture indicates nothing of your program was recorded Saturday, 9/14 from noon to 2pm:

"WHAT ARE FOLK AND TRADITIONAL ARTS?
Folk and traditional arts are defined as those artistic traditions characteristic of
specificethnic, religious, linguistic, occupational, or regional groups. These arts
are shaped and shared within families,neighborhoods, and communities. They are
passed down from one generation to another and learned through on
goingparticipation in community-based activities, and through observation or imitation
of master practitioners.
Folk and traditional arts have their own community-based systems of training and
education through which individual artists learn and attain mastery. Folk arts are
generally learned informally within a community, through careful observation and
practice, or through apprenticeships with elders and masters.
Traditional artists, through their creativity, excellence, and dedication, reflect each
community’s history, practices, beliefs and values. Individual artists may be
recognized for their excellence, their extensive repertoire, or their particular style
of performance. Their work thrives because it is a powerful expression of their
community’s experience."
Definition by the National Endowment for the arts, copied here from the Pennsylvania
Council on the Arts.

Posted by Jeff Boudreau at 8:55 AM